Are you affected by Stray Currents? 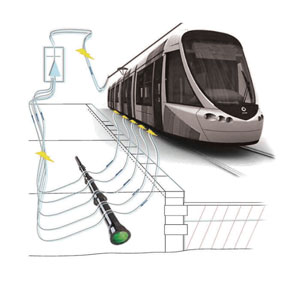 What is AC Mitigation? How do you protect your assets?

AC interference has become more of a concern today due to the frequency at which pipelines and High Voltage AC power systems are being co-located in shared Servitudes and right-of-way (ROW’s), as it is very difficult for operators to secure new ROW’s. To overcome these difficulties, more pipeline owners and developers are laying their pipelines adjacent to existing power lines and even though this may appear to be the easiest solution, it too comes with challenges. Co-locating ROW’s exposes both humans and materials to danger and influence. Pipeline owners are becoming more conscious of factors that could contribute to AC interference and related safety hazards.

Due to modern techniques and understanding, It is possible to mitigate the interference through carefully engineered and designed AC Mitigation systems, protecting both personnel and assets.

What is AC Mitigation?

Electricity will always look for the path of least resistance. When underground metallic pipelines are near high voltage power transmission lines, Lightening or other power sources, they are subjected to the electric AC or DC interference created by the foreign power source. These power sources are external to our design and need to be considered and corrective measures taken to mitigate interference and dangers.

AC Mitigation is designed and installed to decrease the induced voltage on the pipeline. This may be accomplished by installation of different grounding methods such as linear zinc ribbon and/or grounding rods attached to the pipeline with Decouplers for DC isolation.

There are three types of AC coupling:

“Inductive” coupling occurs because of the electromagnetic field (EMF) that is created around the electric conductors in the HVAC system.

“Capacitive”  – When underground metallic pipelines are in close proximity to HVAC transmission lines, there are three ways in which HVAC can influence pipelines.

Capacitive coupling occurs between two conductors that are separated by a dielectric.

When the pipeline is isolated above ground during construction, hazardous charges can accumulate on the pipeline.

Theoretical modelling design –computer-based modelling can assist pipeline operators in developing an effective AC Mitigation system. This data-driven, theoretical approach relies on available HVAC system information, measured physical dimensions of the pipeline and HVCA system and soil resistance data. This information is fed into a complex software application that calculates the theoretical ground resistance required to mitigate the predicate AC voltage as well as estimating the residual AC voltage that would be present following installation of an AC Mitigation system. This approach can result in the design of an effective AC Mitigation system, however, it’s relatively expensive and depends on the accuracy of available data.

Field measurement and design – is a multi-layered approach that involves collecting field measurements and HVAC power data, with the goal of installing an AC Mitigation system that protects personnel and pipelines whilst allowing continuous monitoring. This approach is typically the most common AC Mitigation strategy due to its practicality and cost effectiveness.

Designing an AC Mitigation System and Protecting your Assets

AC Mitigation most often involve some combination of the following;

Natural Drains are existing structures such as steel casings, whichoperators can utiliseto provide AC grounding.This should be identified during field testing.

Coupon test points are another key component of any AC Mitigation system. The coupon is effective for monitoring of both AC potential and AC current density by providing a steel surface exposed to the surrounding soil. The steel surface is representative of coating holidays found on the pipeline under study. Coupons should ideally be placed in areas where geometric alignment changes to co-locate exist,since there will be a peak in AC voltage at the point of intersection (IP).